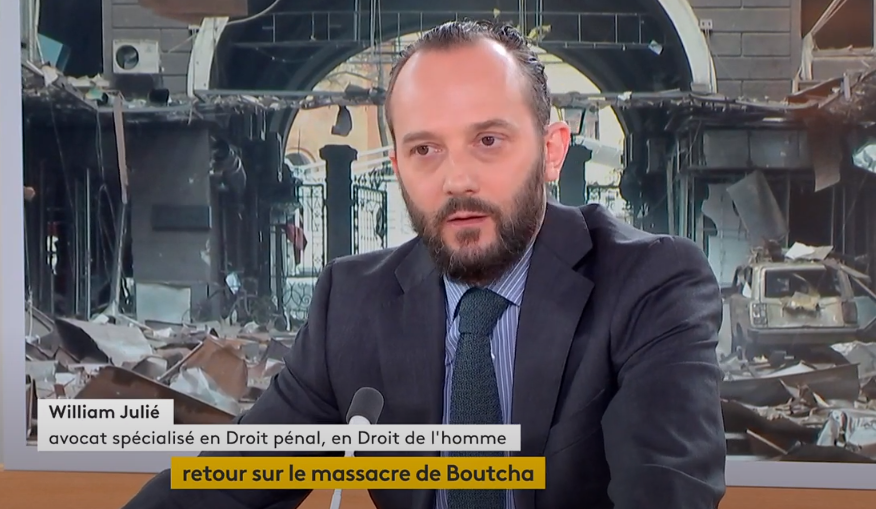 William JULIÉ is invited with Jean-François BUREAU, former assistant secretary general of NATO, and Gilles MENTRÉ, former diplomat in Moscow, to bring their expertise on the massacre in Bucha.

William JULIE explains that the massacre in Bucha marks a turning point for the crimes committed by the Russian armed forces. Hundreds of civilians were found tied up and killed at point-blank range, which proves that the civilian population was voluntarily targeted. He specifies that to demonstrate the direct or indirect criminal responsibility of Russian military leaders, the investigators will have to prove if orders were given to kill civilians or if speeches were made to this effect.

The Russian defense of saying that nothing happened in Bucha seems counterproductive and could even be seen as a certain admission of guilt to some extention. Such positions could be exploited by the courts in charge of the investigations to prove their involvement.

In this respect, France has already opened four investigations for crimes committed in Ukraine and a collaboration of European and international services has been set up. These investigations aim to indict both executors and higher-level politicians.