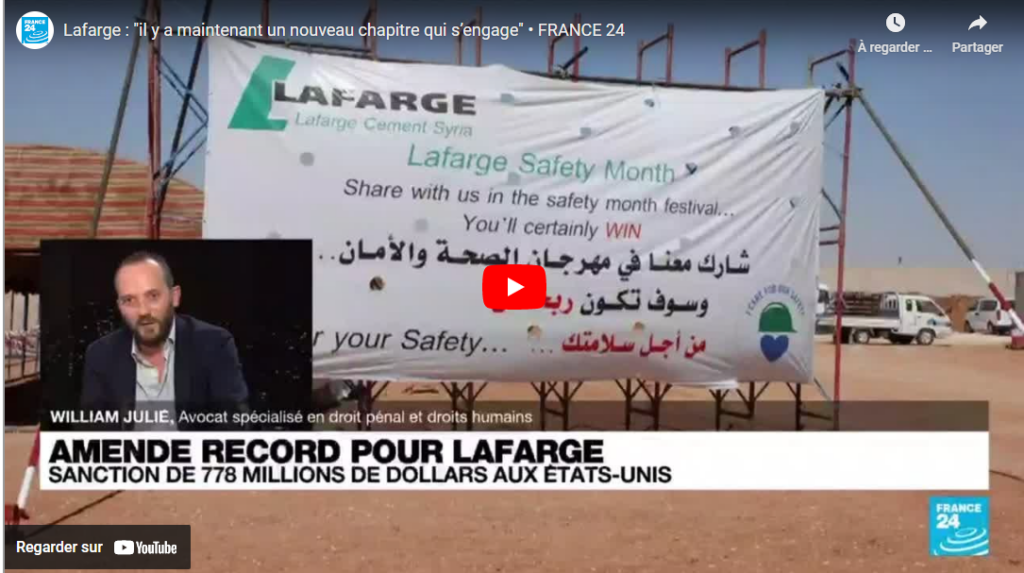 Lafarge pleaded guilty in the United States to financing terrorism in Syria, a way of closing the case as quickly as possible while admitting its own guilt, in exchange for the payment of a fine. This American proceeding could influence the ongoing French prosecution because of the ne bis in idem principle. This issue will lead French judges to request judicial cooperation from US judges. This situation also illustrates the increasing number of lawsuits against companies and company directors for non-respect of the environment and fundamental rights, facing the risk of payment of significant fines. If Lafarge were to be judged by a French Cour d’assises (which have jurisdiction for the most serious offences), it would be a first for France.