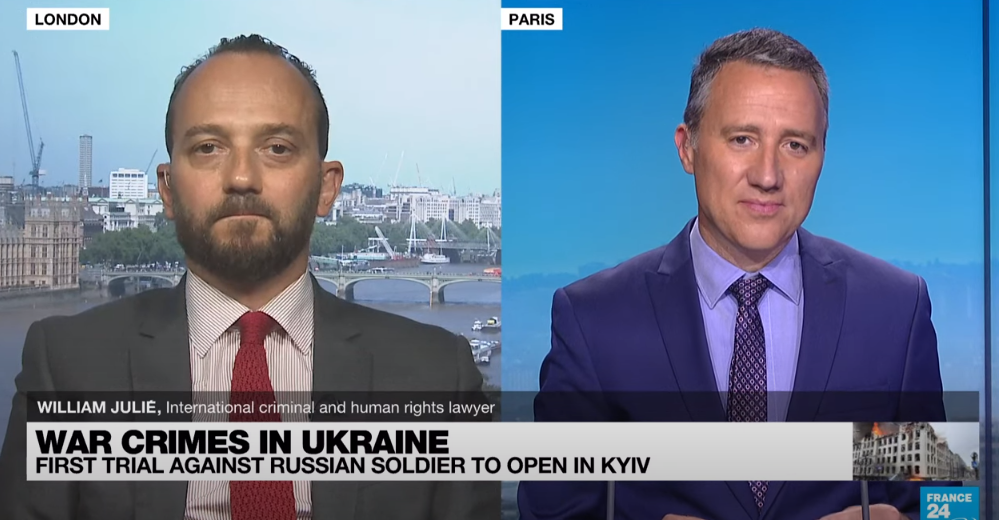 William JULIÉ explains how the opening of a trial for war crimes in Ukraine whilst the conflict is ongoing is a very good thing. This unprecedented situation carries a very symbolic message.
For the individuals who already went back to Russia, Ukraine will have to think about trying them in abstentia. International criminal courts or other national courts, on the ground of universal jurisdiction, could also intervene.
What the prosecutors will have to prove for war crimes depends on what country will prosecute or if the ICC prosecutes, but it will roughly be about proving a serious offence was committed and the link between this offence and the ongoing conflict.
The creation of a special tribunal for Ukraine could open the door to prosecutions for the crime of aggression, which cannot be tried by the ICC for legal and technical reasons. A special tribunal could also try political leaders, as immunities do not have any effects before international courts.