Admitted to the Paris Bar in 2000, William JULIÉ is a bi-national Franco-British lawyer specialized in criminal defense and human rights law. He has particular expertise in handling extradition procedures, execution of international and European arrest warrants and the withdrawal of INTERPOL red notices.

After studying public and international law at the University of Paris-Sorbonne (Paris I), William JULIÉ specialized in criminal law, obtaining a doctoral certification (Doctorat d’études approfondies) in European criminal justice policy directed by Professor Myriam Delmas Marty whilst also attending the Institute of Criminology at the University of Paris-Assas (Paris II).

His first years fine-tuning his skills as a criminal and fundamental rights lawyer were spent working alongside renowned professionals, amongst whom Maître Henri Leclerc (President of the French Human Rights League).

• Chair of the Criminal Commission of the Corporate Lawyers Association (ACE)

– general criminal law (crimes and misdemeanors  against people and property)

– INTERPOL notices (localization and arrest of wanted persons within the framework of legal proceedings or in order for them to serve their sentences, localization of missing persons, etc.)

The firm represents French and international clients -private individuals or legal entities (States, NGO’s, groups and associations, corporations and companies) – before all types of courts in France and abroad.

William JULIÉ and his team have developed an international reach, with special focus on criminal cross-border issues and the establishment of global defense teams.

In collaboration with a network of international lawyers, the firm handles complex cases and deals with all the legal, strategic and media management aspects.

In 2004 William JULIÉ represented a defendant at the famous “Outreau” trial. This case gave rise to a Parliamentary Inquiry set up to investigate the miscarriages of justice, before which William JULIÉ testified.

In 2006, in one of the most prominent drug-trafficking cases of the decade, William JULIÉ successfully cancelled the seizure of properties in France belonging to a British national.

In 2012, before the Special Assize Court in Paris, William JULÉ represented and secured the acquittal of one of the main suspects in the “Tobago Clipper” case (nearly 4 tons of cocaine imported from South America).

He has worked on various cases investigated by the anti-terrorist division of the High Court in Paris (ETA, Al Quaïda, Ultra Gauche and El). He also defends victims of terrorist attacks.

As early as 2005 William JULIÉ acted as advisor to members of the diplomatic corps at the Syrian and Tunisian Embassies in Paris.

Since then, William JULIÉ has represented several civil servants in misappropriation of public funds cases (Seine-et-Marne OPDHLM), as well as town councillors in electoral and media disputes (Puteaux Town Hall).

He was involved in several components of the carbon tax fraud (estimated at nearly 10 billion euros for the totality of the European Union member states).

The firm has also acted in various complex cases of alcohol and tobacco excise duty fraud.

It has furthermore advised a large number of business leaders or shareholders in criminal cases relating to finance, environmental law or, more recently, corporate human rights.

The firm currently acts for several members of the Saudi royal family as well as for prominent rulers or political opponents in Jordan, Irak and Hong Kong.

In connection with his INTERPOL activities, William JULIÉ has recently represented and obtained the withdrawal of Red Notices concerning leading figures in the Russian federation, the United Arab Emirates, India, China and South America.

William JULIÉ has also been involved in several cybercrime cases, in particular the hacking of the 2016 US presidential election.

Since 2019 William JULIÉ Avocats has been advising several States and NGOs on questions relating to international criminal law and fundamental rights.

In 2020 William JULIÉ authored an expert report on extradition to the US in relation to the Jeffrey EPSTEIN case.

Last but not least, he plays an active role within the Criminal Committee of the International Bar Association, where he currently holds the position of International Criminal Law Officer. 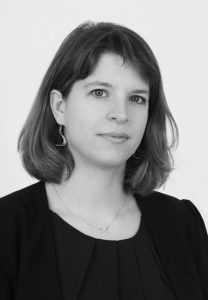 Sophie MENEGON has been practising as a barrister at the Paris Bar since 2014. She is also registered on the list of Counsels before the International Criminal Court (ICC) and the Kosovo Specialist Chambers (KSC), based in The Hague.

She has a professional Masters Degree in International Law and International Administration from the University of Paris I Panthéon-Sorbonne. For several years she participated actively in the work of the Legal Commission of Amnesty International France, particularly regarding the extension of the mandate of the International Criminal Tribunals for Rwanda (ICTR) and Ex-Yugoslavia (ICTY), and the setting up of training sessions in International Public and Criminal Law.

Between 2007 and 2019, she has been a member of Mr Katanga’s defense team and has worked punctually with other defence teams. Since the end of 2020, she is Co-Counsel within the defense team of Mr Thaçi before the KSC.

In Paris she works mainly on cases of general criminal law, white collar crime and press law. She is also specialised in international criminal law, extradition law and requests of withdrawal of INTERPOL Notices.

She is a member of the International Criminal Court Bar Association and Avocats Sans Frontières. 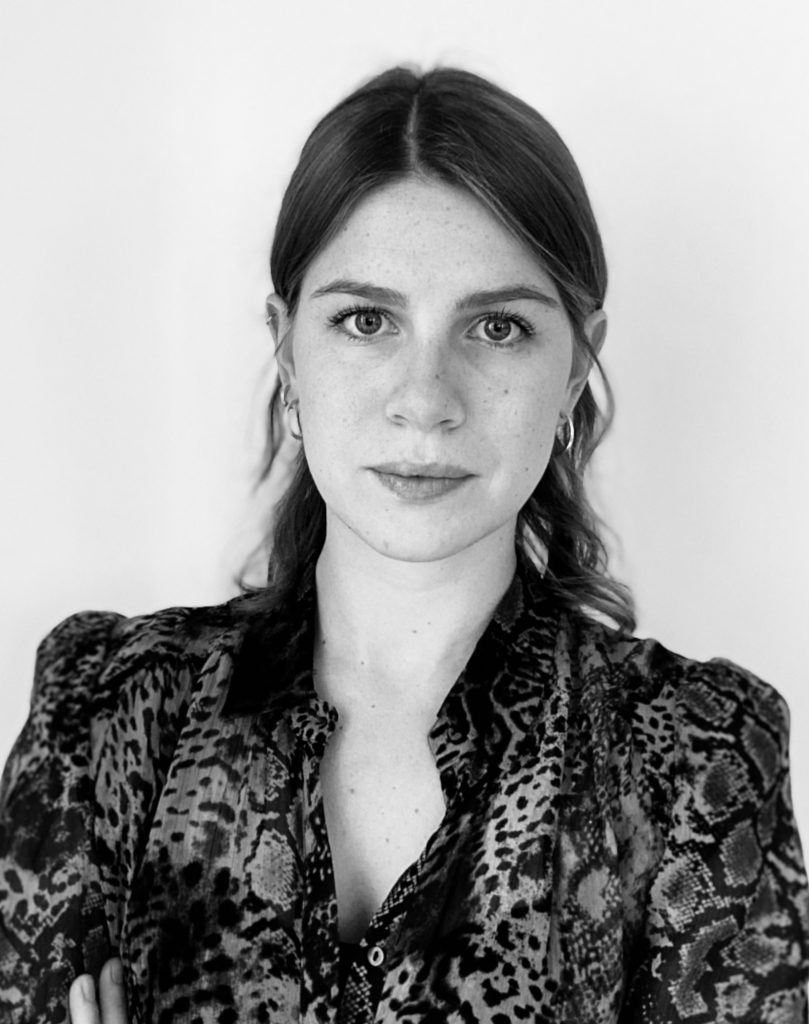 Amélie BEAUCHEMIN was admitted to the New York bar in January 2019.

After working for the the international co-prosecutor’s office at the Extraordinary Chambers in the Courts of Cambodia (ECCC), she collaborated with several Syrian NGOs and coordinated the work of field teams and trained Syrian lawyers and activists on basic principles of international criminal law and legal documentation.

Admitted to the Paris bar in November 2019, she specializes in criminal law, international criminal law, human rights and extradition law. 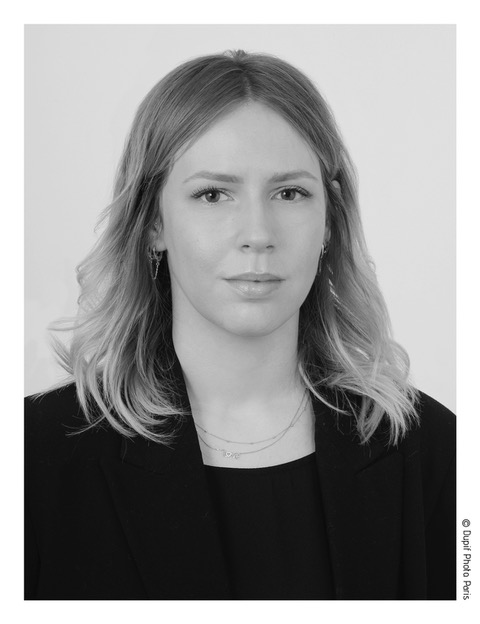 Samantha PHILIPPE has been a lawyer at the Paris Bar since 2018.

She has a Master degree of internal and international litigations, and a master degree in civil and commercial contract law from the University Paris V Descartes where she also was a tutor in family law and fundamental law principles.

With her strong background, she mainly works in the field of contractual law, criminal law and white-collar crime as well as family law. 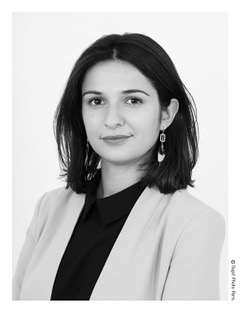 She has received several academic and moot court awards during her studies, and has been involved with various NGOs providing legal assistance to asylum seekers and detainees in France and the Netherlands. 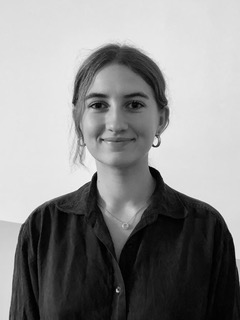 Mathilde ALLARD is a trainee lawyer at the Paris Bar School.

After having graduated in English law and French law from the universities of King’s College London and Paris I Panthéon-Sorbonne, she completed an LLM in Public International Law at the University of Cambridge.

She then gained experience providing legal assistance to immigrants and asylum seekers in France and interned for 6 months at the Legal Affairs Directorate of the OECD.

We regularly welcome trainees under agreements with universities, Grandes Ecoles or bar training schools, generally for periods of six months to a year.
William Julié Law Firm is looking for organized, rigorous, dynamic, autonomous candidates, ideally with a Master degree in criminal law/human rights, bilingual in French and English, with very good research and legal writing skills in both English and French. An excellent presentation is also required as well as a strong work capacity.
The trainee will have various missions: legal research, analysis of documents, drafting of letters and legal motions (subpoenas, summonses, complaints, memorandums, requests for release, etc.), formalities in court, etc…

It is best to call our office directly to discuss private matters but you may use the form below for non-sensitive inquiry. Thank you.

You can also sent us an email : Click here !